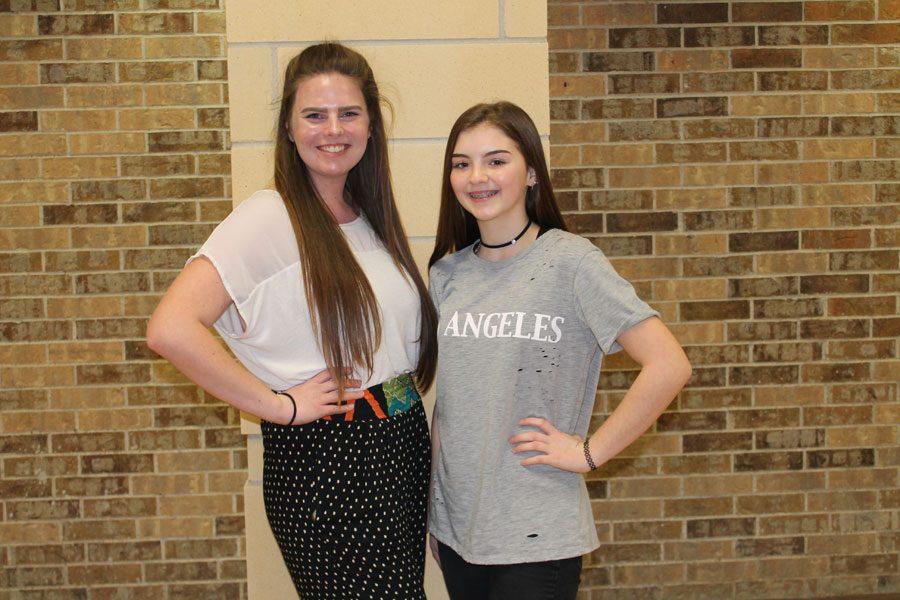 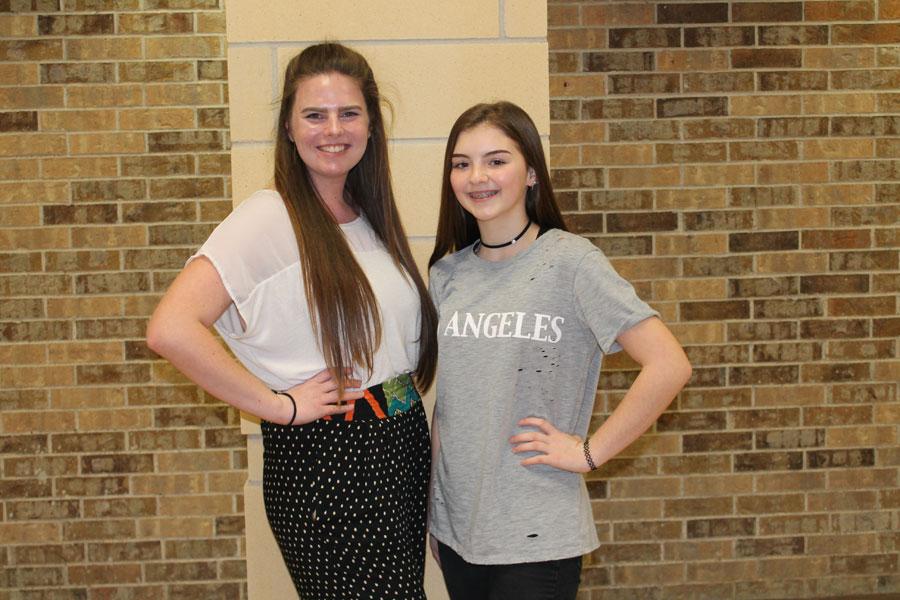 The UIL Academic Team competed at the Port Neches-Groves practice meet on Saturday, Feb. 11 and brought home  a total of 23 medals. They had many academic teams and individuals place and are one step closer to their goal of dominating the district meet.

“I have success in computer science by being conscious mainly, looking at my mistakes and improving upon them,” Cox said.

“I participate in informative speaking because it increases my confidence in public speaking,” Patel said. “I enjoy getting to express my opinions on specific topics, and its rewarding to get positive feedback from the judges.”

“I like that I can provide an opinion in editorial writing,” Homin said. “You have to apply reasoning and you have to think logically about the best solution to a problem. It is creative and kind of freeing to write even though it’s not free writing.”

“I like mathematics UIL because our team usually wins and the competitiveness makes it fun,” King said.

The academic team’s next competition will be on Mar. 4 in Sabine Pass. The students and coaches are very committed to their events and they have high hopes for success and improvement at upcoming meets.

“I love coaching journalism not only because I love journalism in general, but because my students are passionate about what they do,” Journalism coach Lindsey Fruge said. “They are always working to get better and improve at each practice meet. I have the best group of students on my team this year.” 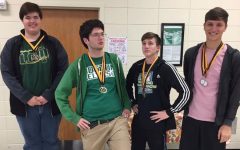 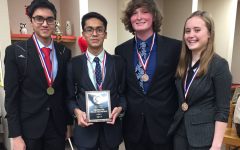 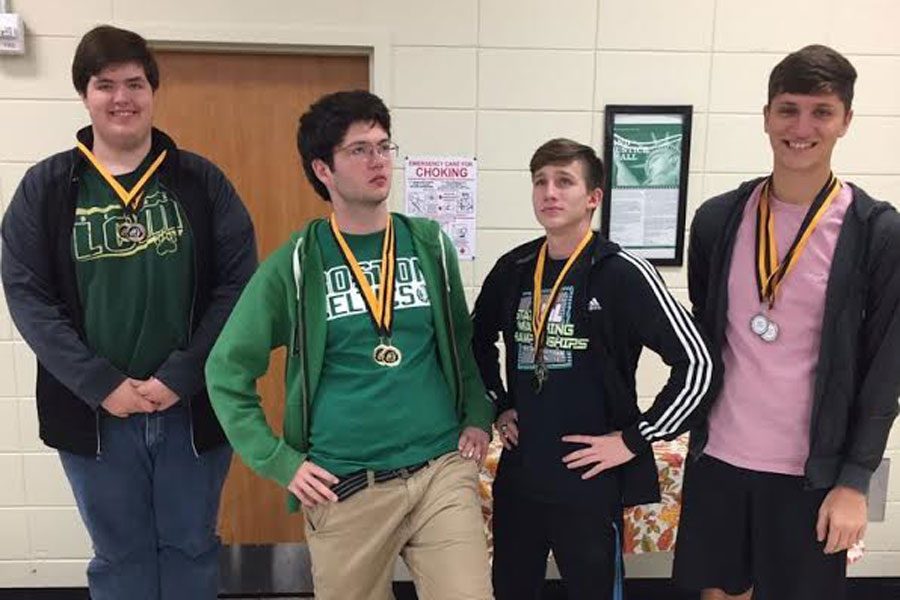 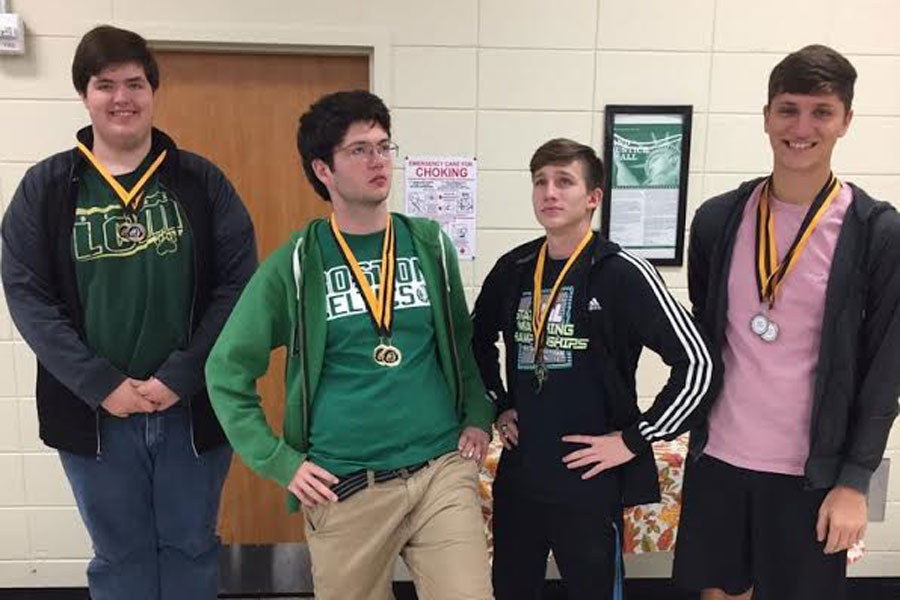 The UIL Academic season has officially begun as the team brought home the Sweepstakes title from the Nederland Practice Academic Meet on Saturday, Jan. 28 and also earned many team and individual medals.

“I enjoy being able to compete individually with the best of writers in our area,” Noah said. “It allows me to see my weak points in my writing and fix them the next time around. Having 45 minutes of pure silence and creativity is the best brain therapy for me. Without UIL, I doubt I would have that kind of willpower to do that on my own.”

“My hopes for UIL are for the number sense, mathematics, and computer science teams to be able to advance to state,” Cook said.

“I love the competitiveness between us,” Smith said. “It’s fun when Thomas messes up and we can all joke about it.”

I love the competitiveness between us.”

The academic team had numerous individual placements. Barr placed second in science and was the top chemistry test-taker. In persuasive speaking, freshman Kierra Figgins placed fourth, while sophomore Akhil Tejani placed first in informative speaking. In CX Debate, Akhil and Aman Tejani were the first place duo. In ready writing, Jones placed sixth. Jones said she gets more out of UIL writing than just the medals.

I average at around six medals per meet.”

“UIL is a way to expand your mind and creativity, while also connecting with other schools on an intellectual level,” Jones said.

The academic team’s next competition will be on Feb. 11 at Port Neches-Groves High School. The students hope to be successful and get more practice in preparation for the District meet in March.

“The thing I like most about UIL is not the accomplishments it brings, but the work ethic that one can gain from it,” Cook said. 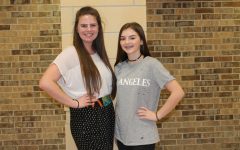