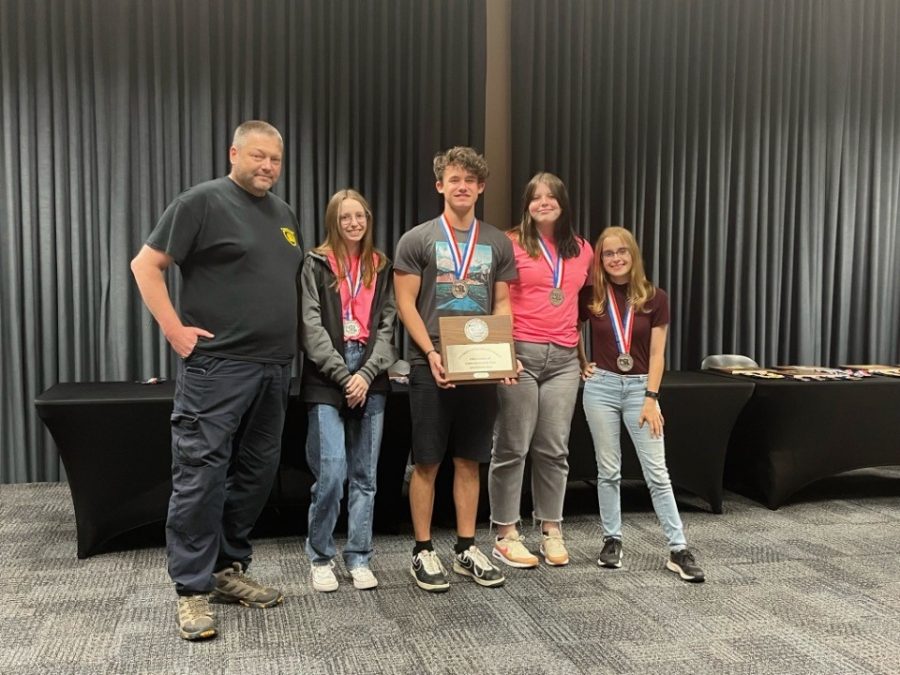 The UIL Academics Team placed second runner-up at the Regional UIL Meet held at SFA on April 23. Members of the computer science and journalism teams advanced to the State meet and competed this past weekend in Austin. The computer science team, consisting of Alex Poole, Jacob Miller, Emily Oldbury and Jessica Allen, placed second as a team. Poole placed fifth individually.

“To advance in computer science, you need great written test scores and a programming team that knows how to work together,” computer science coach Terry Morris said. “The students who advanced to State, and many other members of the team, have put in time and effort to succeed. They are already champions in my mind.”

“We’ve been working hard every chance we get, even in the summer,” Poole said. “We were all so grateful to have the opportunity to go to State, and I am proud that we made it that far.”

Sophomores Rayna Christy and Gabrielle Moore placed first and second in editorial writing at the Regional Meet. Christy also placed second in news writing, and the team has placed second overall in Journalism. Both students competed at the State meet this past weekend.

“My journalism team has been practicing tirelessly since the beginning of this school year,” journalism coach Lindsey Fruge said. “They have shown nothing but dedication and perseverance this UIL season. I hope they know I could not be any prouder of them.”

Both teams placed first overall at District and had many victories throughout the invitational season.

“It feels so surreal and exciting, especially since I’m seeing all of my practice pay off,” Christy said of getting to compete at the State meet. “It’s also even more rewarding to know that I’m improving as I go.”