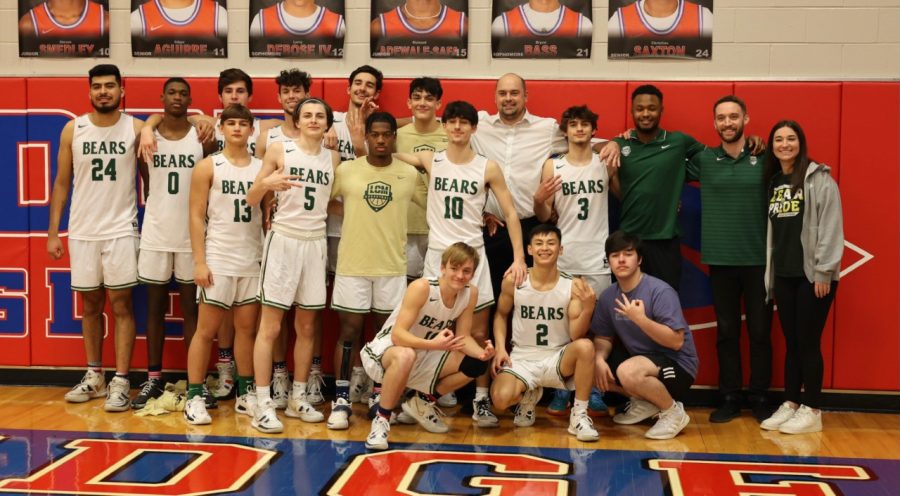 The Bears made a lengthy playoff run this season, making it all the way to the Regional Quarterfinals.

The Bear Basketball team showed up and showed out this season, putting Little Cypress-Mauriceville on the map with an outstanding 23-13 record for the season. The studded cast of players ended their season with a historic playoff run, advancing all the way to the Regional Quarterfinals.

The team ended regular district play with an 8-4 record and made it to the third round of playoffs after defeating Huffman and Navasota in the Bi-District and Area rounds.

In the Regional Quarterfinals against Booker T. Washington Tuesday night, the Bears fell 65-89 after a hard-fought battle. Junior Ben Elliott led the Bears with 22 points. Sophomore Alantheon Winn scored 20, and senior Miguel Molina got 12 points and 12 rebounds for the Bears.

Even though the Bears came up short against Washington, they proved to everyone just how tough and competitive they could be. According to Winn, he and his team tried to not let their nerves get to them this season – no matter how big of a game they were playing in.

“When a big game rolls around, it can be easy to let someone’s nerves get to them,” Winn said. “When it comes to big games, there’s never really any pressure because we are the underdogs that no one expected to even be where we’re at.”

Elliott, a standout for the Bears this season, said he gets a certain killer instinct before stepping foot on the court.

“I want to prove to everyone I can play with the best,” he said. “I stay calm, find my groove, and everything goes from there.”

Senior Kaine Humberson was a starting guard for the Bears this season and said the team’s goal going into this year was to make it to playoffs.

“Not only did we make the playoffs, but we’ve won two games when everyone doubted us,” he said. “Nobody believed in us, but here we are – constantly proving people wrong.”

Basketball season can be a long process of ups and downs, so advancing in the playoffs as far as they did was a highlight for the entire team.

“We had goals before the season started so to know that we made the playoffs was a big moment for us,“ junior starting guard Da’Marion Morris said.

Going into next season, the Bears will lose Molina, Humberson, Nathan Vo, Brandon Frisbee, and Kasey Head. With a strong underclassmen group, they hope to do just as well next season.