Bear of the Week: Cole Watson 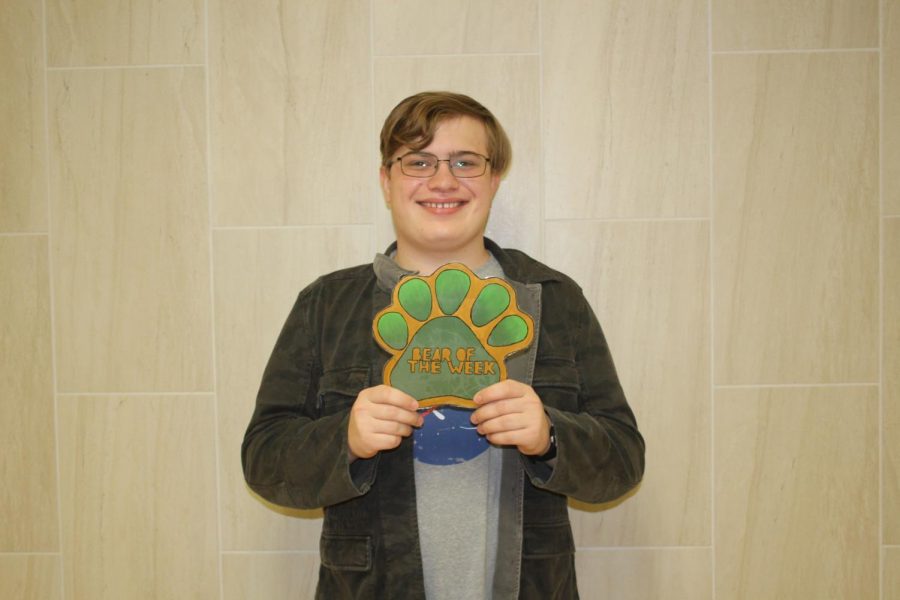 Sophomore Cole Watson enjoys theatre and debate, and he has excelled in both.

Sophomore Cole Watson is involved in debate and theatre, and he is also an active Boy Scout.

Something most people do not know about Watson is that he can play the harmonica. Theatre is his favorite class and he enjoys putting on productions. After graduating from high school, he plans to pursue a career as a paramedic or a nurse practitioner.

According to Watson, he looks up to his older sister Darby the most. “Despite her having a variety of mental and physical ailments as well as numerous insane life events, she managed to get a full ride to the school where she wanted to study what she loves,” Watson said.

The best advice Watson has to offer is: If freedom means doing what I want, I gotta know what that is, not just what it isn’t.