Bear of the Week: Andy McDow 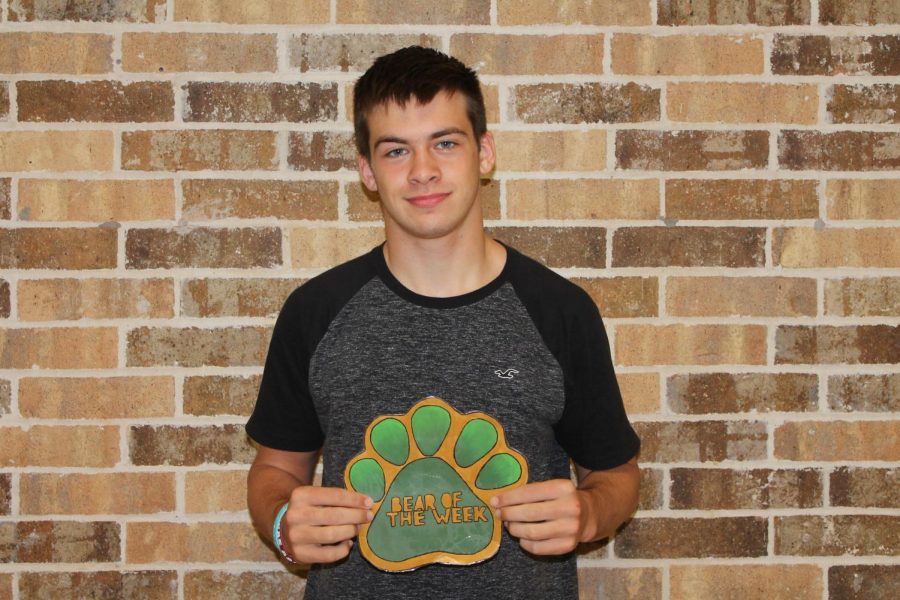 Sophomore Andy McDow is this week’s Bear of the Week. McDow participates in football, track, and UIL Computer Science. Outside of school, he is in charge of the sound and technology at his church.

In his free time, he enjoys spending time with family and friends, watching football film, and playing video games. One of his favorite movies is “Remember the Titans.” McDow’s favorite quote is, “Perfection is not attainable, but if we chase perfection we can catch excellence.”

A few of the most important things to McDow are God, family, friends, and football. He looks up to his parents, grandparents, teachers and coaches. If he could travel anywhere in the world he would choose anywhere with nice beaches or high mountains. One thing most people don’t know about him is that he’s lived in three different states and fourteen different houses. In ten years, McDow hopes to be married, and either still playing football, an engineer, or in the military.