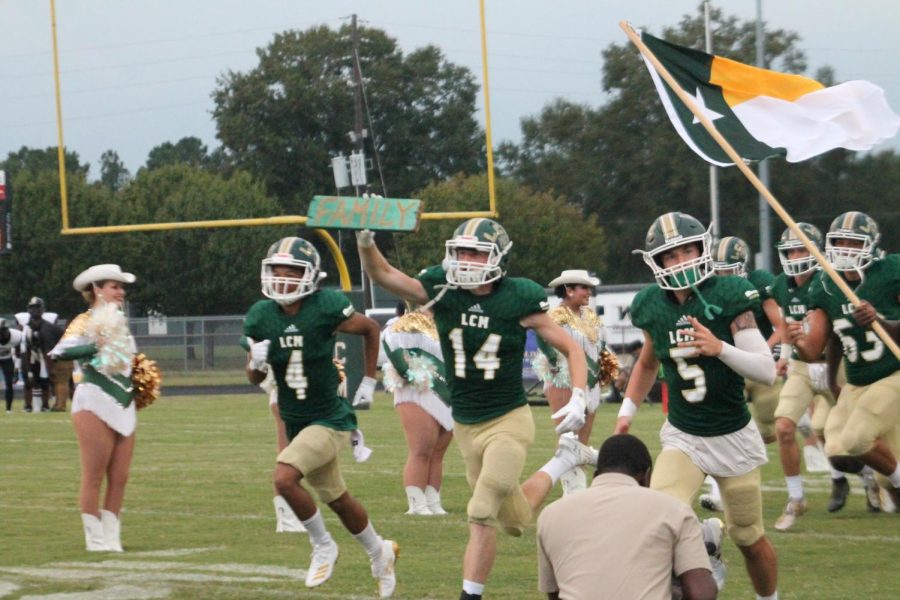 The Bears are looking to have a winning season.

The varsity football team is working hard with the hopes of having a winning season this year. The team began the year with a big 21-7 win against Woodville and plans to keep the momentum going. Despite a loss to West Orange-Stark last week, the Bears are still looking to add more wins to their record in the next few weeks.

The Bears are preparing for each game by working on skills and conditioning. They devote many hours of their time to conditioning, lifting weights, watching film, and practicing the opponent’s concepts for the coming game.

“Our players have prepared well by [working] hard during the off-season, as well as during the summer,” defensive coordinator Cory Parsons said. “We treat every team as great competition. We prepare to play our best football possible [against] every opponent.

Though winning is a large part of high school football, the coaches and players consider team bonding very important, as well.

“Everyone on the team works so well with each other,” senior Matthew Lopez said. “After going through everything together, we consider each other family.”

The coaches consider it very important to create relationships with the players on and off the field. Though winning and hard work is a large part of football, there are many other lessons that can be taught to the athletes.

“I get the most satisfaction out of working with athletes to achieve a level of performance they may not have known possible,” Parsons said. “We work to build relationships with our players…[and] take pride in developing better sons, husbands, and fathers.”